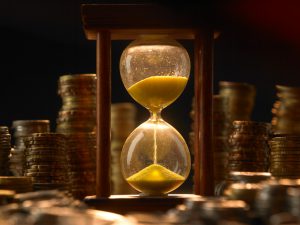 Facebook’s announcement of plans to launch a digital currency, earlier this summer, set in motion a full-blown turf war in global finance. The statement from Silicon Valley is that the digital currency is supplementary to bringing the world closer together through social networks.
Facebook has two significant advantages over traditional banks. Not only can it process transactions at a much lower cost, but also it already has billions of users on its platforms. Talk about an untapped market.
However, living up to that mission has been stymied by several factors. For one, the Libra cryptocurrency project is in the middle of existential threats from world leaders and central banks whose primary concerns are Libra’s potential to be used for clandestine financial activities. The nature of Libra and the scale on which it will operate makes it the perfect mule for money laundering. Stakeholders are also worried about the threat Libra poses to global financial stability and data privacy abuse, which culminates in economic privatization by some of the largest companies in the world.
As Mark Zuckerberg tries to quell this crisis, several high-profile companies that collaborated in the project, known as the Libra Association, have pulled out in a manner that is typical of the need for self-preservation. These included PayPal, eBay, Visa, and MasterCard. The backing by these financial giants gives Libra its credibility and is perhaps the biggest threat to centralized economies. The remaining financial firms and mainstream companies in this project are just not enough to stop Libra’s lose in credibility. 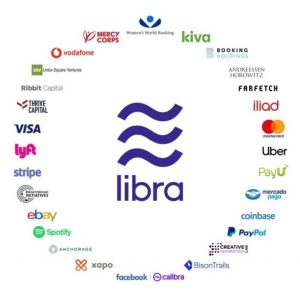 The last straw that broke Libra’s back was when the G7 group of the world’s most powerful nations warned that digital currencies such as Libra pose challenges for competition and antitrust policies and should not be allowed to launch until every regulatory concern has been addressed.
As the US House of Representatives mounts pressure on Libra, Cambridge Analytica is still fresh in stakeholders’ minds. Politicians, activists and central banks have raised questions over data privacy and Facebook’s possible monopoly of a huge database of personal information. With these questions, there is no doubt that Facebook has lost bragging rights to build a digital currency, especially when it has failed to protect sensitive data in the Cambridge Analytica scandal.
Although the Bank of England is open-minded about new technology for financial transactions, it has been vocal about the need for worldwide heavy regulation of Libra. It has also maintained that Libra would need to meet the highest standards of fiat regulation – if Facebook’s dream would survive.
Although Libra would have high-tech competitive advantages that would make it quicker and cheaper, building a payment system that meets central banks’  regulations will no doubt drive the project into the ground in no time. It would be the perfect fall from grace to grass. With 2.45 billion active Facebook users, Libra could literally shift the global financial system overnight.
This has caused governments and central banks around the world to worry about the loss in control of their monetary policy if Libra handles significant financial activities. The potential shift poses a threat to national sovereignty. Besides, the “deploy—test—improve” approach typical of Silicon Valley companies is incompatible with a financial project as big as Libra.
If Facebook can satisfy politicians, central bankers, and activists over their concerns, no doubt, financial exclusion especially in developing and authoritarian countries can be history overnight. In addition, the ability of the digital currency to bypass expensive cross-border payments will save individuals and small-scale businesses money and time – thus improving personal profit margins and national GDPs exponentially.